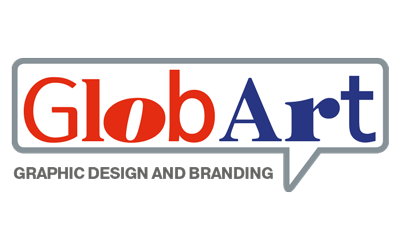 THE INTERNATIONAL LANGUAGE OF BRANDING AND ADVERTISING

The art of branding and advertising is the ability to reach exactly the right target audience, no matter what the culture, and to remain in the forefront of the target’s mind for an extended period of time. It works differently for Israelis, who for example, prefer bold colours, than it does for the French, who prefer gentler colours and a minimalistic approach. Gil Guez, a senior graphic designer and international professional in the field of branding and advertising, talks about the differences and their consequences

In the modern era, advertising is the bread and butter of every business or company aiming to capture the attention of an audience; the name of the game is marketing branding and prominence. Branding is no longer just a profession; it’s an art form, in which aesthetics, design, color choices, forms and graphic language – all these work together to attract not only the eye, but also the heart. We want not only to be seen, but also to be thought about, spoken about, we want to be prominent, we want to awaken emotions and most importantly, to remain in the consciousness of the target audience.

When all this happens in today’s global era, where the world is one small village, and the product or service we are marketing is aimed at audiences in various countries, each speaking different languages, each home to various cultures and traditions – translating the graphic language, the logo and text, acquires a unique importance, in order to be acceptable to different audiences.

This field is well known in Israel, where catering to the needs of various populations requires changes not only in the text, but also in the visuals, the colours and the graphic language. For example, the ultra religious audience is exposed to different advertisements and photographs than the secular population. But that’s only an example from our little Israel. In the world, the need to make advertising accessible to exactly the audience that it is aimed for, according to culture, language and country, is well known.

If anyone is able to talk about this approach, which divides up its audience according to culture and language, it’s Gil Guez, a senior graphic designer and proprietor of “GlobArt”. Gil has over 20 years experience in the field of advertising, talks and writes four languages – Hebrew, French, English and Spanish – and has fine-tuned the ability to reach audiences of different cultures and languages.

“The most obvious difference is naturally the text”, explains Gil, “but we are not referring to the actual language. Everyone knows that the Hebrew text is written from right to left, while Latin based languages are written from the opposite side.

This fact is of importance graphically and is also connected to the manner in which our brain comprehends what it sees. An audience which reads from left to right will pay more attention to details which appear on the left hand side, which is where the eye goes automatically. In other words, for an audience that reads from left to right, the logo should be on the right hand side, despite the fact that one does not really read the logo, but the eye sees and the brain remembers, and in order to for it to remain in one’s mind, it is important that these things are applied when creating a flier, an announcement, packaging, a sign, or any other method used to advertise a product”.

According to that same train of thought, colors used for branding should be suited to the audience that will view them. “Every color has a meaning and character of its own”, Gil explains. “When I design for the Israeli audience, I will use warm, bold colours. An Israeli audience likes these colors; they speak to this audience and achieve the effect. A French audience prefers less dramatic, more muted colours. If I want to include red, which is considered a strong color, it will be just a small splash of color. If I am aiming at a Russian audience, for example, the color red will be more dominant. It’s a matter of culture. These are not absolute axioms, but part of the design thought process which is aimed at audiences of different cultures.   The approach is also different with regard to texts. French audiences prefer to read more about the product, to have a lot of details, to understand it better. Israelis want short sentences, the nitty gritty – so that a flier or announcement with limited text will do the job”.

Could you expand on the differences between graphic language and design in various countries and cultures?

“Israelis like large, bold photos. It’s important for them to see what they are consuming. In France, for example, there the approach is minimalistic; the photo can be smaller, without harming the message. I designed a brochure for the German Embassy in Israel, about their life in Israel. I used golden brown colours, as they wanted to convey something calm. I am now working on branding for an Israeli jewelry and diamond company (House of Gems), which will be exhibiting at a fair in Hong Kong. The branding includes signs, adverts, a magazine for the exhibition, stickers for escalators, and digital invitations. The campaign emphasizes rings and here I chose to use the color black, as black conveys prestige, elegance and honor, and it will emphasize the rings and the diamonds on the dark background. In France, for example, this would not work. There I would go for white or pastel shades, which convey purity and divinity. The French prefer a gentler approach. Black in France is better suited to advertising computers, gadgets and the design of packaging. I once designed a flier for a Russian photographer – there I used limited text and very large photos. In France or Italy for example, people would not pay any attention to a flier like that.

“I built a campaign and did the branding in New York for ‘hydra cycle’ an aqua fitness bike – it included designing the logo, website, exhibition booth, shop design, sales cards and stationery. I designed the entire concept myself”.

Gil Guez offers a wide range of services when branding a product and building a marketing campaign:

He does all this in the four languages he speaks and writes – Hebrew, French, English and Spanish, as well as in German, Russian and Italian.

Gil Guez was born in France and made aliya in 2007. In France he earned a degree in communication and marketing, and worked for approximately 10 years for the Lagardère group, in its subsidiary “Club Internet”, where he did both digital and print graphic design and branding.

After six months at ulpan in Jerusalem and another six months in Tel Aviv, during which time he learned not only the language but also the differences within Israeli culture, he was able to declare that he felt that his integration process had been successful. “During those first years in Israel I worked mostly as a salaried employee for Israeli companies”, he recounts.  “I began in a studio which did design, branding and packaging, then continued on to the Adler-Chomski advertising agency, followed by Zeder:Yariv, where I had my best experiences and really enjoyed working with them. I worked with clients who had large budgets such as Lexus, I-Digital, Bar Refaeli’s company ‘under.me’ and after three years I branched out on my own. Today my clients include Fuel station group, ‘LessIsMore’ which is part of the BDO Ziv Haft group, HOG Diamonds, KURE Boutique, Tel Aviv University….”

“Mastery of languages characterizes our entire family. My wife is from Argentina and at home we speak Hebrew, French and Spanish. My son already speaks all of these languages fluently”.

Could you tell us a bit about working with you…

“I have done a lot of work on myself in order to become an Israeli, and after ten years I can say that I understand Israelis much better; from day to day I become more Israeli. I work closely with clients and know which questions to ask, using tools that I have created, in order to communicate successfully with them. I know how to clarify what the expectations are, and how to provide solutions that will meet the client’s needs. They say that I am quick and keep to schedules. This may be due to the influence of the French culture from which I came.

I present my projects on time, without delays, something which is greatly appreciated here in Israel.  The fact that clients return to me and stay with me shows that I do a good, professional job – work that is up to international standards. My advantage is that I am cosmopolitan, fluent in several languages, and familiar with cultures from all over the world. This enables me to adapt easily to any target audience, to speak their language, to know what will be of interest to them and what will attract them.